Lou Pizarro created the top-rated Spanish-language series Operacion Repo in October 2006, later creating an English-language version of the show Operation Repo for truTV. His other Spanish TV work includes the extremely popular bounty hunter series Fugitivos de la Lay (Fugitives of the Law) and the tattoo-themed series Dame Tinta. Through his business, he helped a number of individuals, including family members, become involved in the field, while also working on his own desire to become a filmmaker. 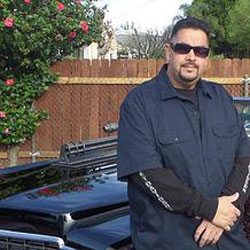